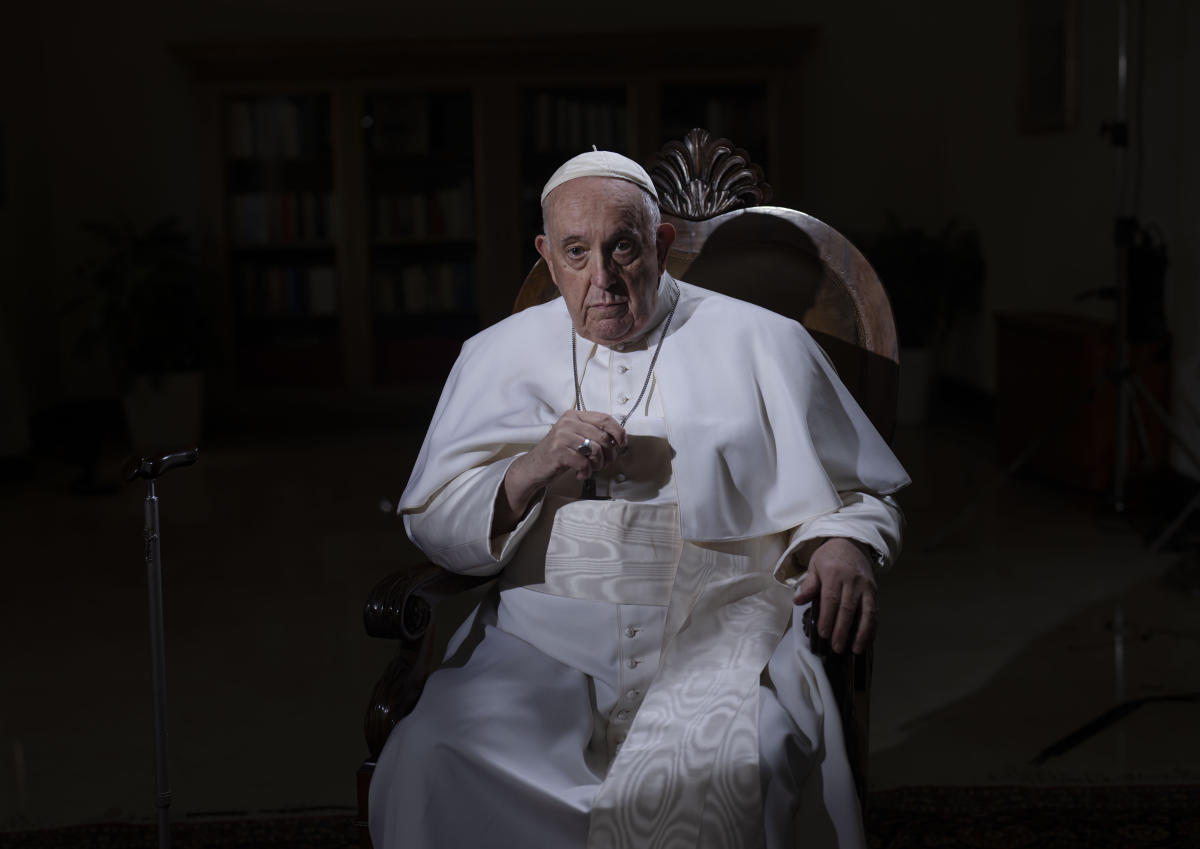 VATICAN CITY (AP) — Pope Francis says he has not considered issuing norms to regulate future papal resignations and plans to continue as long as he can as bishop of Rome, despite a wave of criticism from some high-ranking conservative cardinals and bishops over his papal priorities.

In his first interview since the December 31 death of retired Pope Benedict XVI, Francis addressed his critics, his health and the next phase of his pontificate, which marks its 10th anniversary in March without Benedict’s shadow in the background. plan.

Francis’ comments, delivered Tuesday at the Vatican hotel where he lives, came at a particularly difficult time, as the pontiff navigates conservative opposition to his insistence on making the Catholic Church a more welcoming and inclusive – criticism he attributed to the equivalent of a 10-year itch of his papacy.

“You’d rather they not criticize, for peace of mind,” Francis told The Associated Press. “But I prefer that they do because it means there is freedom to speak.”

Some commentators think Francis might be freer to maneuver now after Benedict’s death. Others suggest that any sort of ecclesial peace that had reigned was over and that Francis is now more exposed to criticism, deprived of the moderating influence that Benedict played to keep the conservative Catholic fringe at bay.

Francis acknowledged that the knives were out, but seemed almost optimistic about it.

“I wouldn’t put him in relation to Benedict, but because of the wear and tear of a 10-year-old government,” Francis said of his critics. He felt his election was initially met with a sense of “surprise” about a South American pope. Then came the unease “when they started seeing my flaws and didn’t like them,” he said of his detractors.

“The only thing I ask is that they do it in my face because that’s how we all grow up, isn’t it?” he added.

The pontiff, meanwhile, said he was in good shape, a slight bone fracture in his knee from a fall had healed without surgery and he was ready to continue with his programme.

” I am healthy. For my age I am normal,” the 86-year-old pontiff said, although he revealed that the diverticulosis, or bulges in his intestinal wall, had “returned”. Francis had 33 centimeters (13 inches) of his large intestine removed in 2021 due to what the Vatican said was inflammation that caused his colon to narrow.

“I could die tomorrow, but it’s under control. I’m healthy,” he said with his typical wry sense of humor.

Speculation about Francis’ health and the future of his pontificate only increased after the death of Benedict, whose resignation in 2013 marked a turning point for the Catholic Church as he was the first pontiff in six centuries to retire.

Francis praised Benoît as an “old-fashioned gentleman” and said of his death, “I lost a father”.

“For me, he was a security. If in doubt, I would ask for the car and I would go to the monastery and ask,” he said of his visits to Benedict’s nursing home for advice. “I have lost a good companion.”

Some cardinals and canon lawyers have said the Vatican needs to issue norms to regulate future papal retreats to avoid the few setbacks that occurred during Benedict’s surprisingly long retirement, during which he remained a point of reference for some. conservatives and traditionalists who refused to recognize the legitimacy of Francis. .

From the name Benedict chose (pope emeritus) to the (white) cassock he wore to his occasional public remarks (on priestly celibacy and sexual abuse), these commentators said the standards must make clear that he does not there is only one reigning pope for the sake of church unity.

Francis said that issuing such standards had not even occurred to him.

“I tell you the truth,” he said, adding that the Vatican needed more experience with papal retreats before embarking on “regularizing or regulating” them.

Francis said Benedict XVI “opened the door” to future resignations and that he too would consider resigning. He repeated Tuesday that if he resigns, he will be called bishop emeritus of Rome and will live in the residence of the retired priests of the diocese of Rome.

Francis said Benedict’s decision to live in a converted monastery in the Vatican gardens was a “good interim solution,” but future retired popes might want to do things differently.

“He was still ‘enslaved’ as pope, right?” said Francois. “From the vision of a pope, of a system. ‘Slave’ in the good sense of the term: in this he was not completely free, because he would have liked to return to his Germany and continue his theological studies.

By one calculation, Benedict’s death removes the main obstacle to Francis’s resignation, since the prospect of two retired popes was never an option. But Francis said Benedict’s death did not change his calculations. “It didn’t even occur to me to write a will,” he says.

As for his own short-term future, Francis emphasized his role as “bishop of Rome” as opposed to pontiff and said of his plans: “To continue to be bishop, bishop of Rome in communion with all bishops of the world”. he wanted to end the concept of the papacy as an actor of power or papal “tribunal”.

Francis also addressed criticism from cardinals and bishops who erupted in public in the weeks following Benedict XVI’s death, saying it’s unpleasant — ‘like a rash that bothers you a bit’ — but it’s is better than keeping it a secret. Francis has been attacked for years by conservatives and traditionalists who oppose his priorities on social justice issues such as poverty, migration and the environment.

“If it wasn’t like that, there would be a remote dictatorship, as I call it, where the emperor is there and nobody can tell him anything. No, let them do the talking because … criticism helps you grow and make things better,” he said.

The first salvo in the latest wave of attacks came from Benedict’s longtime secretary, Archbishop Georg Gaenswein, who revealed the bad blood that has accumulated over the past 10 years in a revealing memoir published in the days following Benoît’s funeral.

In one of the most explosive sections, Gaenswein revealed that Benedict XVI had learned from reading the Vatican daily L’Osservatore Romano that Francis had reversed one of the former pope’s most important liturgical decisions and reimposed restrictions. on the celebration of the Mass in Old Latin.

Days later, the Vatican was again shaken by the death of another staunch conservative, Cardinal George Pell, and revelations that Pell was the author of a devastating memorandum that circulated last year and who called Francis’ pontificate a “disaster” and a “catastrophe”. .”

The memo, which was originally published under the pseudonym “Demos”, listed what he saw as problems at the Vatican under Francis, from its precarious finances to the pontiff’s preaching style, and issued bullet points on what a future pope should do to solve them.

Francis acknowledged Pell’s criticism but still sang his praises for being his “right hand” on reforming Vatican finances as first economics minister.

“Even if they say he criticized me, okay he has the right. Criticism is a human right,” Francis said. But he added: “He was a great guy. Awesome.” 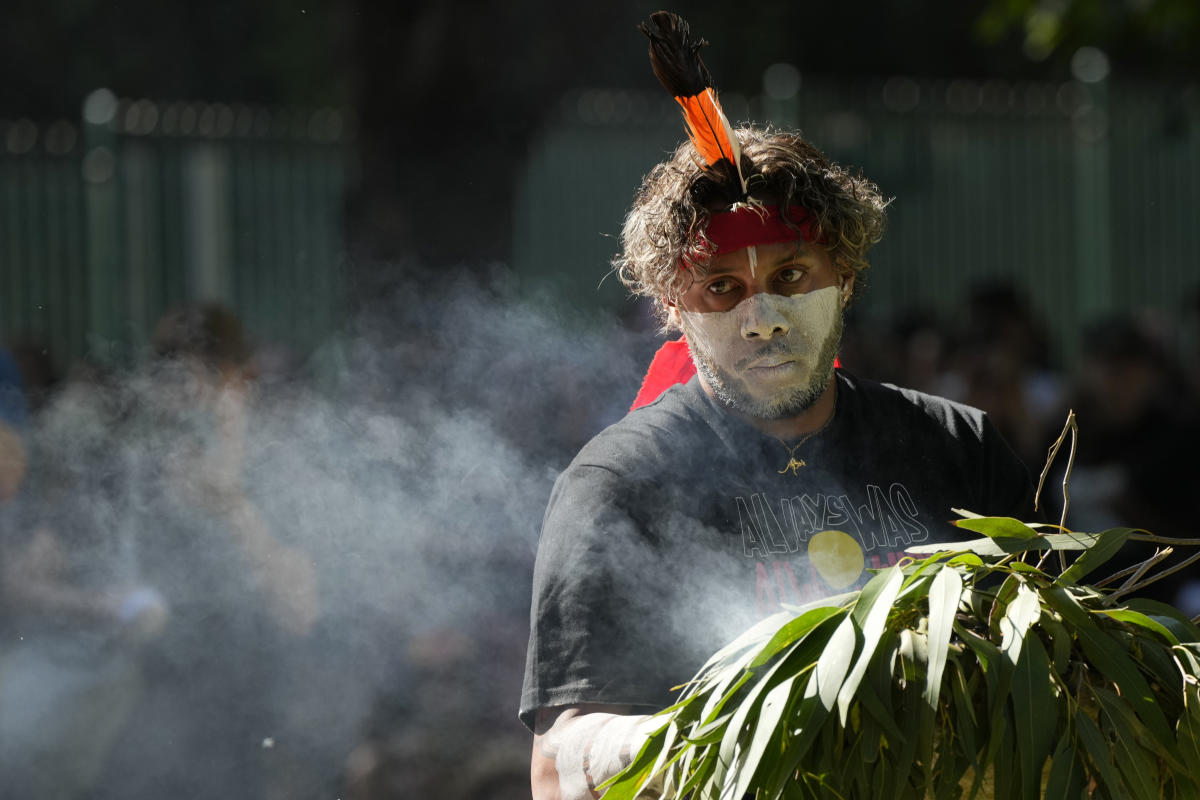 What is a Black Australian Voice in Parliament? 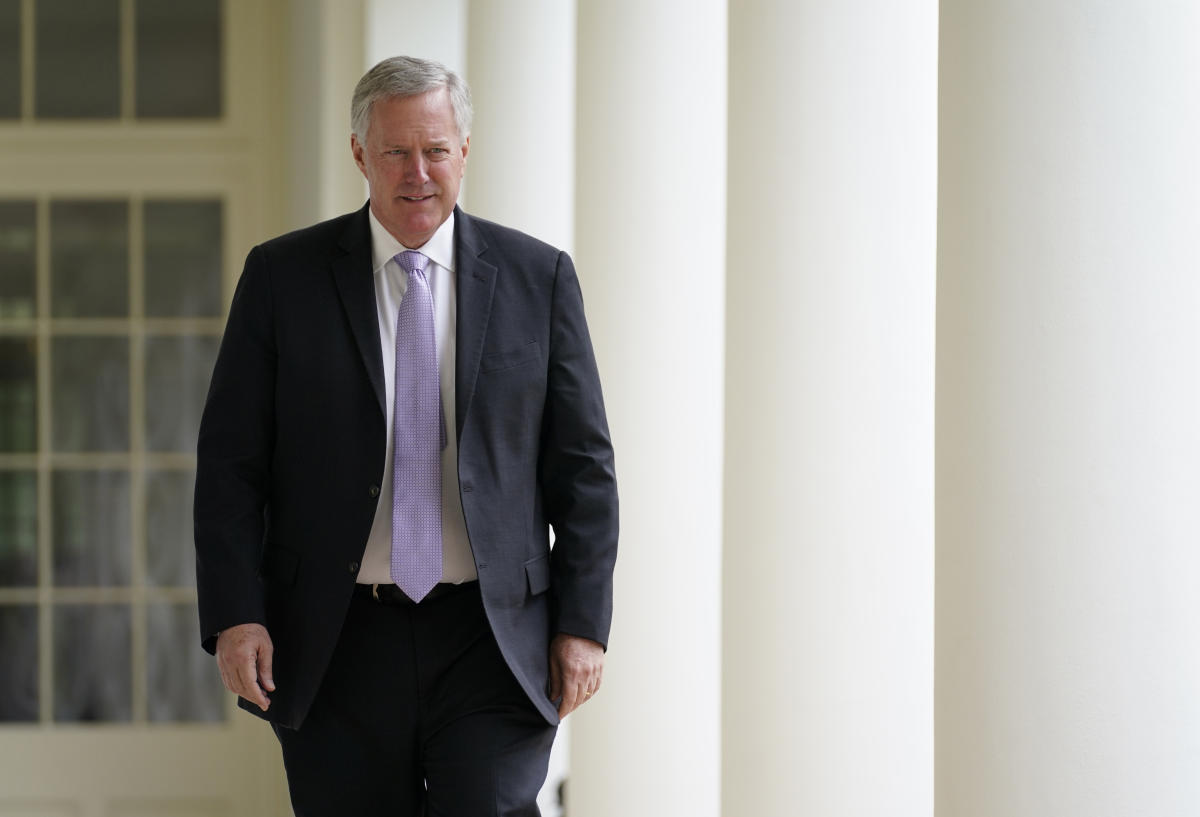