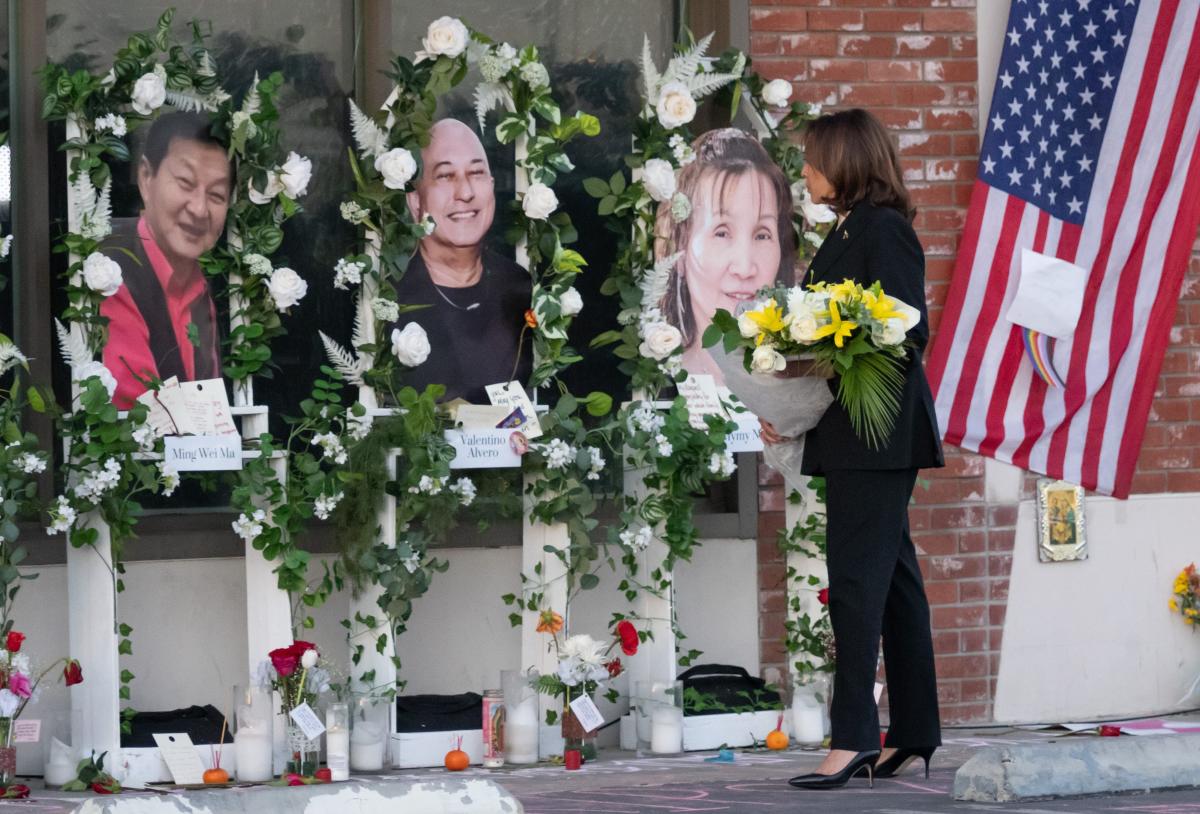 MONTEREY PARK, Calif. — Vice President Kamala Harris arrived outside the Star Ballroom Dance Studio in Monterey Park on Wednesday evening, stopping to take a look at the names and photos of each of the shooting victims. murderer on Saturday before placing a bouquet in front of the memorial.

Harris told reporters the nation mourned the loss of the 11 people killed and nine others injured, while advocating for tougher gun control laws.

“Tragically, we keep saying the same things,” Harris said. “Congress must act. Should they? Yes. Can they? Yes.”

Melissa Michelson of Alhambra, Calif., was at the vigil after Harris’ visit holding a sign that read ‘What about gun control?’, saying she was disappointed that local authorities didn’t not take a strong stance on gun violence.

“My community is more upset and angry about what happened here,” Michelson said. “Everyone just talked thoughts and prayers, and that’s fine for a short minute, and then it’s time to do something.”

Michelson said she didn’t hear any of Harris’ words on Wednesday, but added it was something she “would be willing to accept.”

“The question is exactly what she’s ready to do and where it’s going,” Michelson added. “It’s always the same after a mass shooting – a little talk and no action.”

“OUR GREATEST CHEERLEADER”, THE “LIFE OF ANY PARTY”: Families remember those killed in Monterey Park mass shooting

Community unites after tragedy: ‘We are strong here in Monterey Park’

Gloria Gonzales, a 71-year-old Monterey Park resident, came with her 25-year-old granddaughter, Regina Gonzales, to show her support for a city she has called home for more than 60 years. Regina currently lives in Diamond Bar, Calif., but is still feeling the brunt of the shooting in the town where she grew up.

“Throughout the week, I’ve just been like, ‘shit, like, this really happened,'” she said. “It’s almost not real.”

Regina Gonzales added that Harris’ visit illustrates the seriousness of what the community is going through. Gloria Gonzales said she greatly appreciated and was honored by Harris visiting the Monterey Park.

“I think it will lift the spirits of people here in Monterey Park, that they took the time for our community to come and visit and say encouraging words,” Gloria Gonzales said.

Vigils have been held every night since the shooting in the tight-knit community that has united people from different backgrounds to begin healing.

‘THE CALM IN THE CHAOS OF PEOPLE’: Golden retrievers comfort Monterey park after mass shooting

The president pointed to new legislation introduced by Sen. Dianne Feinstein, D-Calif, to ban assault weapons, urging them to “get it to my office as quickly as possible.” The bill faces a tough climb in the Senate and is unlikely to pass in the Republican-led House.

The shooter, identified as 72-year-old Huu Can Tran, used a modified semi-automatic weapon in the Monterey Park shooting. Authorities continue to search for a motive behind the shooting. 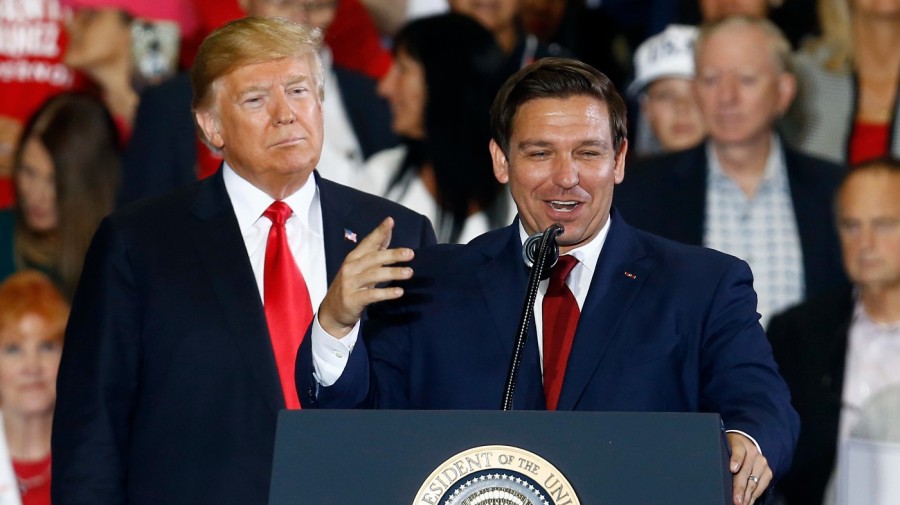 Don’t give up power to cancel EU in Northern Ireland for quick Brexit deal, Sunak says 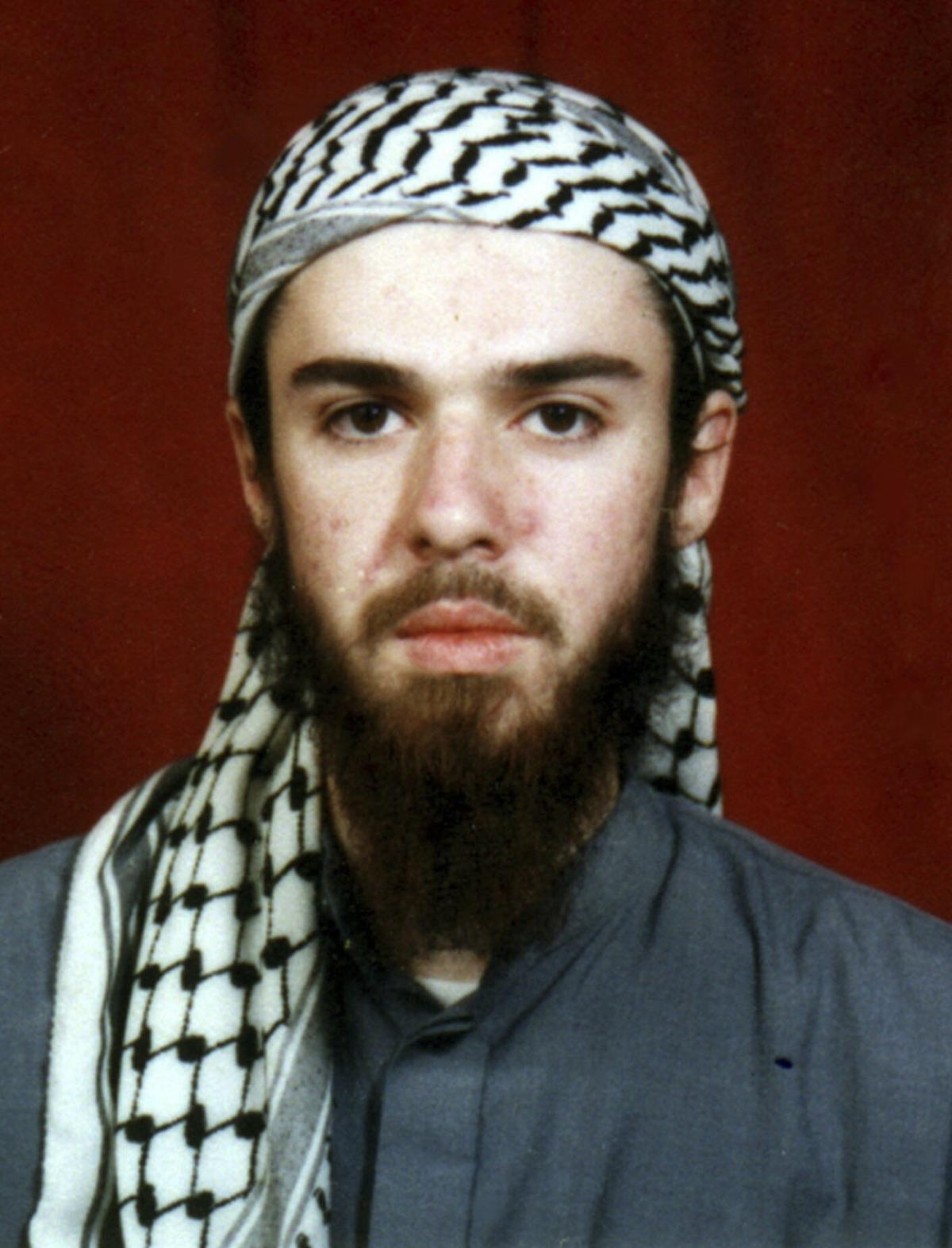